The Inside Peace documentary follows a group of inmates doing hard time in a Texas prison as they embark on a journey of personal discovery while struggling with society’s roadblocks and dangers.

“These stories bleed through Inside Peace, and they are crucial to it, but they’re only part of what the film is about. The men manage to take the message to heart that they have value as people – no simple lesson… This is where, for the viewer, the awe comes in.”
—Peace Behind Barbed Wire by Robert Koehler, Huffington Post 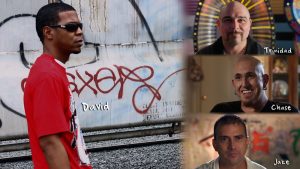 Four years in the making, Inside Peace is a feature documentary that focuses on four men incarcerated at the Dominguez State Jail in San Antonio, Texas, who embark on a journey of self-discovery.

With lives marked by generations of violence, addiction, and poor social conditions, they attend a Peace Class and begin the struggle to discover their humanity and rebuild their lives from the inside out.

Trinidad, David, Chase, and Jake grew up in neighborhoods with the same layers of deprivation that produce most incarcerated men and women in the United States: lack of education, poverty, joblessness, unstable family lives and a reliance on crime to survive.

All identified with the tough exteriors they presented to the world. Trinidad, a brutal street fighter. David, from his teens, a small-time drug dealer. Chase, a misfit, out of place his whole life. Jake, born into a family of addicts, addicted at an early age. They spent most of their youth and adult lives in and out of prison.

Inside Peace is a window into the hearts and minds of these men who chose to break this life-long cycle of negativity. With a supporting cast of fellow inmates, prison officials, experts and family members, the film follows these men as they learn to reintegrate with life by relying on the self-worth, inner strengths and understandings discovered in the Peace Class.

When released from jail, life becomes more treacherous as they try to live in a world filled with conflict, rejection and hostility. Faced with these familiar roadblocks at every turn, they must fight past temptations — those that led them to failure and jail in the first place.

If they can change the only belief system they’ve ever known and succeed in understanding their value as a human being, they just might have a chance at living better lives.

“These stories bleed through Inside Peace, and they are crucial to it, but they’re only part of what the film is about. The men manage to take the message to heart that they have value as people – no simple lesson, especially when it comes so late in life. This is where, for the viewer, the awe comes in. You mean inner peace is… always possible?” –Robert Koehler

“The correctional education movement began in 1789, when clergyman William Rogers first offered instruction at Philadelphia’s Walnut Street Jail. The warden was worried that a riot might result from the revolutionary innovation, so he required that two guards attend the meeting with a loaded cannon aimed directly at the convict students. Everything was peaceful, of course.”

Correctional education has come a long way since 1789, thanks primarily to the Correctional Education Association (CEA) that provides a wide range of learning opportunities for inmates in North America. It was through CEA that some of the earliest versions of the Peace Class were first presented.

Volunteers saw the potential for bringing peace education to the prison population and organized grant funding for distribution of appropriate DVDs into CEA’s telecast programming in 2007.

Motivated by this initiative, Roberto and Chantal Piriz began offering live classes at the Dominguez State Jail in San Antonio, Texas, in 2007 (and have continued offering the class ever since). Word got out, and the class concept quickly spread to other prisons and to other countries.

In 2012 a more formalized Peace Education Program (PEP), developed by The Prem Rawat Foundation, launched as a curriculum consisting of 10 workshops designed to help inmates discover their own inner resources, innate tools for living such as inner strength, choice, and hope…and the possibility of personal peace.

In 2017 PEP is held in correctional facilities and parolee programs all across North America as well as in South America, Europe, Africa, Asia, and Australia.

CEA continues to offer PEP, and Stephen Steurer, former CEA Executive Director says, “I recommend this program to you as an effective means to help increase the harmony within individuals and the community in which you serve.” 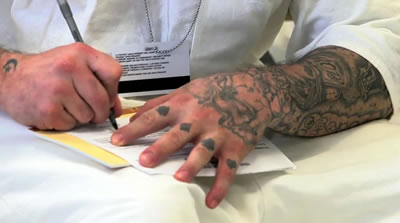 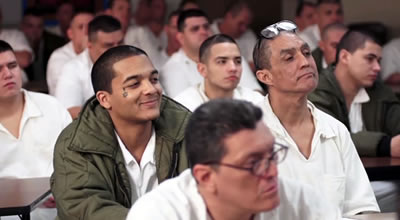 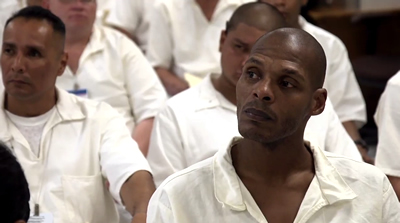 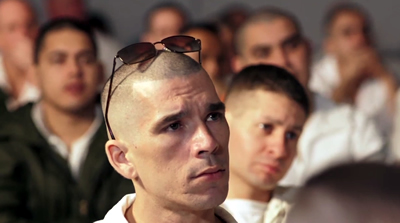 PRODUCER/DIRECTOR — CYNTHIA FITZPATRICK  |  Though Inside Peace is her directorial debut as a documentary producer and director, Cynthia has been in the film business for the last 25 years and began her career at HBO as a feature script reader. She then moved on to producing and editing trailers for HBO feature films. Her editorial work has been associated with hundreds of titles, including a comedy series starring and directed by Tracey Ullman. She edited many “Behind the Scenes” for HBO as well as series for network syndication including the “The Sopranos”, “Six Feet Under” and “Sex and the City“.

WRITER/CO-PRODUCER — ROSIE LEE  | Rosie Lee is a published writer and producer working primarily in the nonprofit sector on numerous documentary shorts and TV broadcasts for over 20 years. Rosie has been collaborating with Cynthia Fitzpatrick on Inside Peace since 2011.

From the Producer/Director, Cynthia Fitzpatrick: I’ve been a professional filmmaker for over 25 years, and when I first saw a Univision piece in 2011 about offenders from the Peace Class at the Dominguez State Jail in San Antonio, I knew the story about the effect the class had on inmates, reaching one fractured heart at a time, had to be told. For the last 4 years I’ve been capturing the story, with the help of a small, nimble San Antonio based crew, following the main characters from inside the prison to their return home. I hope you will be as moved as I was watching them struggle to find their inner strengths and face the challenges of re-entering a society that doesn’t quite believe rehabilitation is possible.

After four years capturing over 200 hours of footage, we wanted to share a collection of additional compelling scenes and stories that we could not fit into the film. More to come…

Crime and Society Dr. Michael Gilbert, Associate-Professor of Criminal Justice, University of Texas San Antonio, explains society’s influence on criminal justice. “ We don’t really have an unbiased set of laws. We don’t really have a system in which the playing field is level.”  (7:37 minutes)

Thomas Windham was among the first offenders we interviewed who was released. He attributes what he learned in the Peace Class to his ability to change his ways and begin to rebuild his relationships with his family.

Inside Peace is changing lives as audiences engage with this story of men who had the courage and took a stand for choice, inner strength and self-peace while living in a hostile prison environment. They opened themselves up to “peace education”. If you’ve had the chance to view the award-winning documentary Inside Peace, you may already understand why we are working tirelessly to grow our audience.

• Rate Inside Peace on IMDb

Thank you so much for your support, and stay tuned!